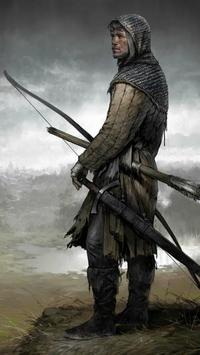 - Phylactery of Favor (bears symbol of a sword) - worn on the sword arm, the item allows Miles to temporarily swap his Favored Weapon to any specific sword type for the duration of 1 battle per day

Character blurb: Miles comes from a small village to the north near the Stonewall Mountains where his father taught him to hunt and shoot a bow. He's recently mustered out of the army with very little coin, most of which he lost playing dice at some seedy tavern. Miles needs a job, any job. There is nothing left at home for him now.
https://damnelfpress.com/
Top Special Equipment: Hooded lantern w/ continual light cast inside it
Unfinished manuscript(once per day consulting the book acts like Contact Other Plane, for one question per MU level, as if asking 1 plane away for guidance; the question need not be a yes/no question.)
Scroll w/sleep

Character blurb:
Alphonse was born and raised in Mirabilis, the son of a struggling brewer and the middle child of 7 siblings. Studious from the start, Alphonse had no interest in brewing or any other trade, for that matter, so his father arranged a live-in apprenticeship to a local wizard/sage named Merrick. Seeing some potential in his new apprentice, he trained Alphonse in the magical arts, where he found his calling.
With the unexpected passing of Merrick, and no suitable way to earn some coin, Alphonse made the tough decision to try his hand at adventuring - surely fortune would shine on him and he'd be showered in gold and glory.

Alphonse is young, naive, and has NEVER left the urban locale of his birth. He's very smart, gets along well with others, and he is confident in his fledgling abilities. He is always interested in learning things and is easily distracted by tidbits of information or curiosities. At the present time, he doesn't know what he's going to do, or where to start. He has no friends aside from some local merchants, and he's a bit nervous going out in the world by himself. Not knowing how a brave adventuring wizard is supposed to behave or act, he has purchased some dark robes and a cloak, and with his trusty staff, he does his best to try and act mysterious and mystical (or at least how he thinks a wizard would act) although when he gets excited, he has tendency to act more like his normal, curious, naive self. He has been looking for some companions and adventure, and not having much success, he's become a little depressed.
Top Character blurb: Roikos recently immigrated from the decaying empire of his ancestry, Byzantia, to travel and serve the will of Mishakal. Poor, the Cleric only has a few coins and his equipment, but he is grateful to serve hospitals, schools, orphanages, and anyone else requesting his aid. The Holy Wanderer has recently come to Kell, specifically the Portside District.
Last edited by connivingsumo on Tue Jun 01, 2021 2:57 am, edited 2 times in total.
Top

Character blurb: Orphaned at young age, Jahan grew up in a less than desirable neighborhood of the Portside district. Though provided for as best as possible by various relatives, he nevertheless learned the ways of the streets and fell in with criminal elements of the Old City whenever times became tough, though never losing his good-natured basic decency. Hearing stories of adventure from frequenting the local taverns, the thought occurred to him - why burden myself with the guilt of stealing from the living rich when I can plunder the tombs of the dead? "Chaos has plagued the world with Demons and monsters, but Law has written itself on the hearts and minds of Men."